How to Prevent Discrimination When Prejudice Abounds 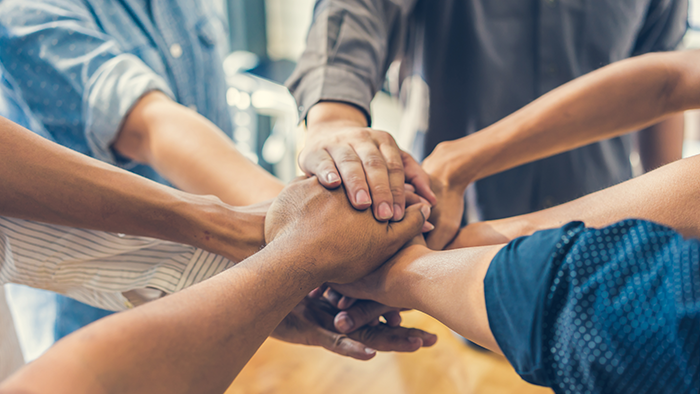 No one is immune to prejudice. It’s more prevalent than we would all care to admit, but that doesn’t mean we have to let our actions be guided by biases.

“Prejudice is a burden that confuses the past, threatens the future and renders the present inaccessible.”

Prejudice in workplaces today doesn’t look the same as it did decades ago, but don’t let that fool you into thinking it has drastically diminished. While instances of overt discrimination in the workplace are not as common as they once were, research has proven that biased mindsets are still very much alive under the surface of subtle discriminatory actions.

Biases can be toward many different classifications, and the danger lies in unconscious biases going unchecked and manifesting as discriminatory words and actions.

How does that happen?

Prejudices are most often built on societal stereotypes that assume qualities of a particular people group or classification. They don’t rely on experience, but on the general assumptions of one group towards another.

Unfortunately, the majority of us struggle with speaking up when our opinion or experience doesn’t match what the rest of the group thinks. This is how mob mentality starts to form – one person expresses their opinion and others get behind it without thinking through how much validity the idea holds or the implications of accepting it as true.

Without even realizing it, you can accept an idea because it’s what the majority believes, and let that idea steer your engagement with others. Subtle actions of exclusion or favoritism can then further perpetuate the idea that someone of a particular classification deserves different treatment than the majority.

“Diversity” is a word that many companies desire to embrace through their hiring policies, but more often than not, it doesn’t extend past that. Embracing diversity without inclusion is a surefire way to let prejudices seep in and aggravate discriminatory mindsets.

Diversity is definitely a necessary starting place, but simply having representation of different groups is not enough.

To prevent discrimination in the workplace, subconscious prejudice must be weeded out through a company culture that actively promotes inclusion. The Burton Blatt Institute at Syracuse University says inclusion “indicates a climate in which respect, equity, and positive recognition of differences are all cultivated.”

Prejudice is rarely overturned by a rule. Think about how your company can look beyond policies to promote inclusion among employees who may not typically work together.

For instance, some businesses have found that a happy hour after work tends to exclude working women with children, so they’ve started promoting social gatherings at lunchtime instead. This simple shift provides more opportunities for women to network and move forward in their careers.

Try doing a survey of employees to see what areas you can improve on the inclusion front. You may be surprised by the results.

The topic of prejudice and discrimination is one that should be continually revisited within employee training. Mindsets are finicky and easily influenced by popular opinion. You’ll need to make sure that popular opinion in your company continues to be one that cultivates inclusion and takes action to prevent discrimination in the workplace.

Taking advantage of online micro video training is one way to ensure important topics like prejudice and discrimination stay top of mind with your workforce.

Our content library includes dozens of videos from Seven Dimensions that put a humorous spin on approaching the topic of prejudice in the workplace. These videos are designed to provoke discussion and response. They are fast paced; short; character-driven TV style comedies that take a new approach to reaching today’s learners.

By laughing; discussing; sharing outrage; and reacting to the behaviors on screen, you can use the resulting feelings and thoughts to develop a clearer shared view of how you want your teams to behave and to better manage these types of situations.

Watch a preview of “Prejudice and Discrimination” from The BizLibrary Collection here:

Krista Heumann
Training & Development Industry Researcher | Krista researches, analyzes, and writes about the impacts of employee learning on organizations and individuals. She looks at the industry shifts and trends that matter to L&D and HR professionals, and helps them understand how to create better training programs that grow their employees and their business.

Get Our Latest Resources

Our monthly newsletter for HR and L&D professionals is packed with insights and strategies to help you be more effective in your role. Subscribe today!