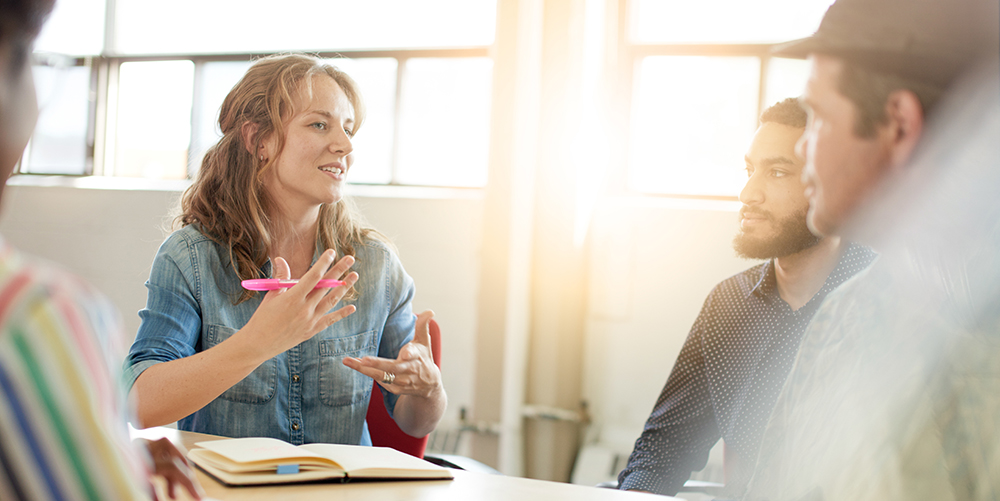 Preventing the High Cost of Discrimination in the Workplace

Krista Heumann | Training & Development Industry Researcher | Krista researches, analyzes, and writes about the impacts of employee learning on organizations and individuals. She looks at the industry shifts and trends that matter to L&D and HR professionals, and helps them understand how to create better training programs that grow their employees and their business.

Most people agree that respect matters. Respect and civility in the workplace is a fundamental part of building a strong company culture that begets a thriving business.

But if we know that respect matters, why are there issues like bullying and discrimination in the workplace? Disrespectful behaviors aren’t always overt, but whether they’re noticeable by onlookers or not, or even recognized by the offender themselves, those behaviors will undermine any efforts you’re making to improve employee engagement and build a strong culture.

The EEOC tells us that “incivility is a gateway to harassment.” Uncivil or rude behaviors can grow into bigger problems, so keeping a culture of respect should be a high priority in your organization!

Why Do People Discriminate?

The fabric of society is made up of individual threads, then groups of threads that create the big picture of culture.

If we want to promote respect in the lives of everyone around us, it starts at an individual level, then a group level (families, schools, workplaces, etc.), before it can follow those groups as they mix within society.

Whether we realize it or not, we all have prejudices. They’re formed based on a slew of factors, but the good news is that they can be dissolved. Stereotypes and unconscious bias play into thoughts becoming harmful words and behaviors, so getting to the root of the problem is the only way to truly prevent discrimination.

If you want a company where employees of all different classes and creeds can feel that they’re accepted and respected, you’ll need to teach people how to recognize their prejudices.

For those who don’t understand why a joke or comment about some else’s race, religion, gender, age, sexual orientation, etc. is disrespectful, simply telling them how to act respectful isn’t going to go deep enough.

You have to help them change their thinking.

“Familiarity breeds liking. The more often and consistently people experience one another through inter-group contact, the less likely they are to be influenced by stereotypes and prejudices.”

In an interview with Berkelee Wellness, Dr. Rodolfo Mendoza-Denton talks about how our brains are wired to distinguish between an “in” group and an “out” group as a primal response to danger. But once we learn more about the supposed “out” group, that understanding and familiarity can completely change how we characterize what “out” looks like.

Types and Examples of Discrimination

The EEOC says that discrimination is “treating a person or a group of people less favorably.”

The most well-known forms of discrimination occur against people due to their race, gender, disability, age, sexual orientation, national origin, or religion. Federal law also prohibits discrimination in organizations based on pregnancy, gender identity, genetic information, or retaliation.

Understanding how to overcome the biases that lead to these types of discrimination will improve your culture, decrease the likelihood of lawsuits, and keep the workplace respectful.

In 1994, a popular diner chain settled a $54.4 million lawsuit for discriminating against their customer.

In other words, the more successful a woman becomes, the less they are perceived as likeable. This creates opportunity for inequal treatment – if women are treated differently because they’re perceived as less likeable, you may risk tolerating a hostile workplace for women.

Acknowledging unconscious bias is one of the first steps to overcome gender bias in the workplace and prevent it from turning into outright discrimination.

Disability discrimination occurs when an employer or employee treats an individual protected by the ADA unfavorably because of their disability.

Like racial discrimination, violations can occur to both employees and customers! A popular party-restaurant chain was sued by an employee who was fired due to his disability. The plaintiff received $10,000 in backpay, $70,000 in compensation, and $13 million in punitive damages!

This is costly, because the pain of discrimination is serious, and has no place in the workplace.

Age discrimination was in the headlines recently, when it became apparent that social media ads for jobs were allowing companies to age discriminate by targeting candidates of a particular age group.

Individuals who are 40 or older are legally protected from discrimination in the workplace, and violating the rights of workers over 40 is immoral and illegal – a prominent government contractor was sued for $51 million in 2012 – the plaintiff alleged that the organization had a culture of discrimination, once again proving how costly it can be to let bias go unchecked.

Religious bias occurs when an employee is treated unfairly because of their religious beliefs.

In a fair workplace with a culture of respect, employees are treated equally and fairly, regardless of their religious beliefs. However, when cultures tolerate religious discrimination, serious consequences might arise.

A major case involving a Nazirite, long hair, and corporate policy vs. discrimination laws resulted in a $27,000 settlement, and a change to a popular fast-food chain’s company policy.

In another instance, a 17-year-old woman was denied a job for refusing to remove a headscarf. The case made it to the Supreme Court, and in a majority opinion of 8-1, Justice Scalia said “This is really easy,” after announcing that religious discrimination is clearly illegal in the United States.

LGBT-related discrimination (sexual orientation or gender identity) takes many shapes – for instance, it is illegal to not hire an applicant because they are transgendered, or denying an employee a promotion because of their sexual orientation.

While laws are evolving, the EEOC is a great resource to get a strong understanding of LGBT discrimination laws.

There are currently a few cases in line for the Supreme Court to decide, and many experts expect that these decisions will extend protection for members of the LGBT community within the workforce.

The EEOC says that National Origin discrimination occurs when companies treat “an applicant, employee, or former employee less favorably because the person or someone the person associates with comes from a particular country, has a foreign accent, or appears to have a particular ethnic background.”

A privately owned car-wash firm was fined $300,000 in 2017 for tolerating a clear culture of discrimination against Hispanic workers – these lawsuits demonstrate that not only is discrimination of any sort unacceptable, but the success rate for the EEOC in finding and prosecuting organizations that tolerate discrimination is very high.

Understanding the Relationship Between Culture and Respect

One of the 7 factors identified for improving employee engagement is helping employees build relationships at work.

Diversity and anti-discrimination training is a great place to start building a more respectful and inclusive culture, but because bias expresses itself in so many ways, to really build a fully engaged culture that values respect, training must give employees intentional time and space to get to know one another.

Learn more about employment law and creating a culture that prevents discrimination in this on-demand webinar with HR law expert, Lisa Yankowitz:

In a society that is continually becoming more and more diverse, creating opportunities for face-to-face, open-minded conversation in small settings is essential to working toward a larger culture that feels more familiarity than fear.

To start those conversations among employees, check out the various diversity training videos available through The BizLibrary Collection.