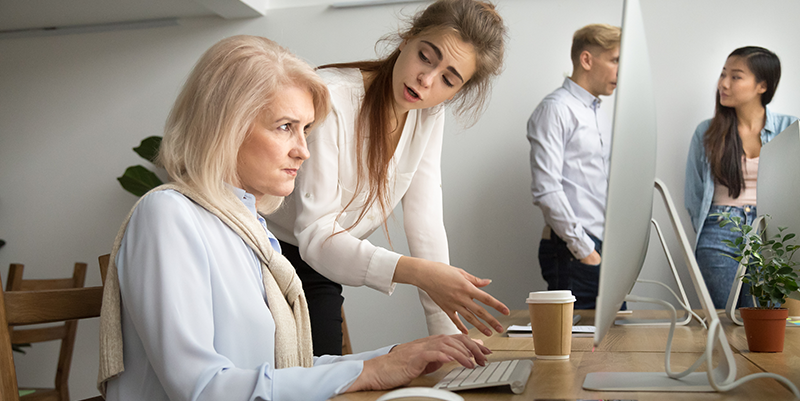 Understanding Implicit Bias in the Workplace

Angie Spencer | Training & Development Industry Researcher | Angie researches and writes about the impacts of employee learning on organizations and individuals. She looks at L&D and HR issues and industry trends and helps them understand how to create better training programs that grow their employees and their business.

Most people understand the meaning of explicit bias (being aware of your own prejudices toward specific groups of people), but implicit bias is harder to pin down, is often overlooked, and is harder to prevent. Implicit biases are unintentional beliefs that affect our attitudes, actions, and choices unconsciously. These biases are also often referred to as unconscious biases.

The truth of the matter is that we all have implicit biases that affect our way of life and work in the world. They can, and sometimes will, affect workers and your organization, so identifying them is crucial to helping establish a safe workplace.

Judging others based on their culture, age, gender, religion, race, politics, etc. is a bias.

Let’s look at some less thought of implicit biases.

Bias. Stereotypes. Prejudice. Discrimination. These words are often used, and sometimes interchangeably, but they are indeed different.

Bias is the act of showing a preference or disdain, for one thing, person, or group, usually in a way considered to be unfair.

Stereotypes are oversimplified generalizations about groups of people based on race, ethnicity, age, gender, sexual orientation, etc. They can be positive (such as when women suggest they have better soft skills) but are often negative (such as when one generation sees negative qualities in another generation).

Prejudice ties into bias, and refers to the beliefs, thoughts, feelings, and attitudes someone holds about a group. It’s not based on an actual experience, but is a prejudgment.

Discrimination is the actual action taken against a person or group of people based on age, race, religion, health, among other characteristics.

Effects of Bias in the Workplace

Sadly, implicit bias is present in the workplace. Since it’s an unconscious perception, it’s harder to pinpoint. Unconscious bias affects how we evaluate talent, performance, assignments, and promotions. The irony with implicit bias in the workplace is that some people can reap the benefits of it while others are at a disadvantage. That can weigh on anyone’s emotions and negatively affect organizational culture

Here are just a few examples of implicit bias in the workplace:

Job seekers face the uphill battle of fighting implicit bias, which can be especially prevalent during the recruitment process. Simply a name, hometown, or even school choice could trigger something in the mind of the recruiter.

A strong preferential bias can lead to workplace bullying, harassment, or discrimination. This then puts the business at risk of lawsuits and damage to its reputation.

Bias in the Real World

While videos pop up every day of people ranting against specific groups or beliefs, Starbucks had an incident go viral.

In 2018, two black men were sitting in a Philadelphia Starbucks when they were arrested for not making a purchase. The manager of that location had called the police and said that two men hadn’t bought anything and refused to leave. The two black men calmly answered questions and said they were meeting someone. The man they were meeting, a Caucasian, arrived and argued with the police, calling them discriminatory. In the end, the two black men were arrested on suspicion of trespassing.

Following the incident, Starbucks ex-CEO and face of the company, Howard Shultz said, “I think you have to say in looking at the tape that she demonstrated her own level of unconscious bias.”

Dealing With Implicit Bias at Work

Promoting a culture of respect at work encourages the expression of diverse ideas which can lead to  higher creativity and innovation.

Monitor the workplace for implicit bias and question comments or remarks that are overheard.

Slow down the decision-making process and allow time to consider the reasoning behind the decisions being made. This way they are no “snap judgments” made. This can be useful when recruiting, hiring, promoting, and firing employees.

Check out this video preview on how to minimize bias.

Establish a diversity training program. Organizations can encourage awareness of people’s automatic assumptions about others and provide the tools needed to recognize, examine, and correct inappropriate or unprofessional behavior.

It’s important to educate employees on the types of unconscious bias and the consequences that can come from it.

Techniques can be taught to foster an open-minded approach to a diverse environment, leading to the recognition of skills and potential in others that we might otherwise miss out on.

Online training is quickly becoming the best way to teach employees the skills they need to do their jobs. BizLibrary curates a vast video training library with numerous courses focused on developing all types of interpersonal awareness and skills. Our micro-video format breaks the content up into smaller, more manageable chunks, making it easier for employees to learn and apply these skills on the job.