ANTI-HARASSMENT TRAINING
FOR YOUR ORGANIZATION

Harassment is defined as an occurrence when an employee or employees suffer pervasive unwanted conduct based on a protected trait, such as race or gender. And, there are many possible manifestations of workplace harassment.

Sexual harassment is perhaps the most talked about form of discrimination lately with the #MeToo movement and Time’s Up campaign. It is, simply put, sexual in nature and can include unwanted sexual advances, sexual misconduct, and sending lewd images, texts, or emails. It can occur between anyone, regardless of gender identity, and third-party witnesses are also included as victims. This also includes quid pro quo sexual harassment. If a job or any benefits of a job are offered on the condition that they partake in some form of sexual conduct, that is considered quid pro quo sexual harassment.

Personal harassment is when someone is targeted just because. People have experienced this kind of harassment since the playground days and it is essentially someone being a bully by making offensive jokes, using intimidation, or otherwise making a workplace uncomfortable. While not illegal, this kind of behavior can make working conditions difficult for victims.

Psychological harassment preys on a person’s well-being. This includes isolating or denying someone, belittling their thoughts and actions, spreading rumors about someone, and challenging their suggestions in a non-constructive way. This type of harassment could affect a victim’s physical health and social and work life.

Online harassment, or more commonly known as cyberbullying, is yet another form of harassment seen in the office. This type of harassment could include sharing images and stories meant to humiliate someone, disseminating lies and gossip about someone via social channels or email, or directly contacting the person online with threats.

As part of all of these, there is a chance of retaliation harassment from the accused party. They may try to enact revenge of sorts by retaliating against their accuser.

How Harassment Can Affect a Workplace

Any harassment or even the allegations of it can greatly affect a business and its employees. There’s the obvious financial burden that an allegation, legal counsel, and possible trial could bring along with the payout or settlement. But the cost of harassment is more than just financial.

According to the National Institutes of Health (NIH), “Harassment is associated with increased risk of anxiety, depression, and post-traumatic stress disorder, as well as diminished self-esteem, self-confidence, and psychological well-being.”

Productivity will also fall after an allegation. An employee will begin to feel dissatisfied and disengaged and may often be late to work or not show up at all. Projects become neglected and all employees can become distracted.

Employees don’t want to work somewhere that has even a hint of impropriety, especially if the workplace has become toxic or hostile. Employees will leave and new employees will be hard to come by.

In the case of sexual harassment and a hostile work environment, look at Mitsubishi Motors Manufacturing in 1998. The company agreed to pay $34 million to female workers at the Normal, Illinois plant, and paid out even more in individual cases.

In this case, women were often touched inappropriately, verbally abused, and subjected to insensitive jokes and behavior – a male worker fired an air gun between a female's legs. This environment caused many women to quit while others were denied promotions when they refused to grant sexual favors.

Mitsubishi has since hired Lynn Martin, former Secretary of Labor, who overhauled the anti-sexual harassment and complaint system, which now boasts a zero-tolerance policy.

How Harassment Protections Have Changed

The Civil Rights Act of 1991 modified Title VII and allowed plaintiffs in harassment cases the right to a jury trial in federal court. They also got the right to collect compensation and punitive damages.

The U.S. Supreme Court ruled in 1995 in Jackson v. Birmingham Board of Education that it’s illegal to punish someone for reporting sexual harassment and discrimination.

In 2006, but brought to the mainstream more in 2017, the #MeToo movement began, raising awareness of the number of women that have been harassed or assaulted, especially in the workplace. While this hasn’t changed any laws, it brought focus to the issue and changed the dialogue around it.

And while most of those are federal laws, there are currently only six states that require anti-harassment training in the workplace. These early adopters are paving the way to state-specific compliance training across the United States.

Connecticut – Anti-harassment training for all employees

Delaware – Anti-harassment training for all employees

Maine – Anti-harassment training for all employees

New York – Annual anti-harassment training with a focus on interactivity

With BizLibrary’s easily accessible, engaging content, we can help you meet your state-specific compliance training needs.

Preview Videos from The BizLibrary Collection

This video helps managers address and prevent harassment in the workplace by discussing their responsibilities as an agent of the organization, legal liability, and how to maintain a workforce free of harassment. It also teaches managers how to deal with complaints, investigations, and disciplinary action against offenders.

This video shows how to appropriately respond if anyone experiences sexual harassment or witnesses someone else enduring abusive conduct. It also guides targets and bystanders in filing a sexual harassment complaint and addresses common reasons why people don’t come forward about harassment.

This video dispels the myth that only certain types of workers are capable of causing harassment in the workplace, or being on the receiving end of it.
These are just a few examples from our online employee training library - click the button to explore more compliance training videos from The BizLibrary Collection! BROWSE LIBRARY

How Online Training Can Help Create an Anti-Harassment Culture

In 1998, two Supreme Court cases established a precedent that companies could reduce risk of liability by establishing trainings and reporting policies.

These trainings include a variety of topics such as:

Online training is quickly becoming the best way to teach employees skills they need to do their jobs. Numerous studies have shown that online training is often more effective, and learners retain more information than with classroom training alone.

BizLibrary curates a large and diverse video training library with numerous courses focused on developing anti-harassment knowledge. Our micro video format breaks content up into smaller, more manageable chunks, making it easier for employees to learn and apply this knowledge if and when they need it. These online courses can be viewed on an individual basis – where an employee learns by themselves at work or at home – or as part of a group training environment or discussion. 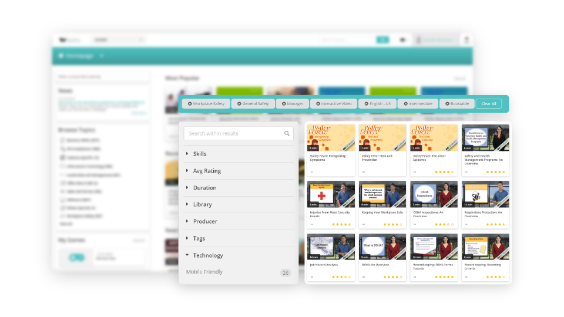 In 2011, Comer Holdings began analyzing the different challenges at their various subsidiaries to improve processes and overall business results. As part of their analysis, they identified a few challenges that stood out, specifically with Integrated Manufacturing & Assembly (IMA).

They faced challenges with company culture, employee engagement, a dispersed workforce, and keeping up to date with compliance training for each location.

IMA chose BizLibrary to be their learning and training partner because they believed it was the best fit for the organization as they are a fast-paced manufacturing environment. They wanted to provide a tool to employees that could be accessed quickly from any location, so they designed various training programs to address the needs of employees in multiple departments.

In 2014 the average number of lesson completions per month was 32. By 2016, that number had grown to over 600 a month. There has been a reduction in harassment incidents after assigning various anti-harassment and other compliance training refreshers – the number of reported grievances dropped by 12% from 2016 to 2017.

By teaming up with BizLibrary, IMA has seen their culture shift from low morale to one of excitement and appreciation for the company’s investment in its employees’ development and well-being. 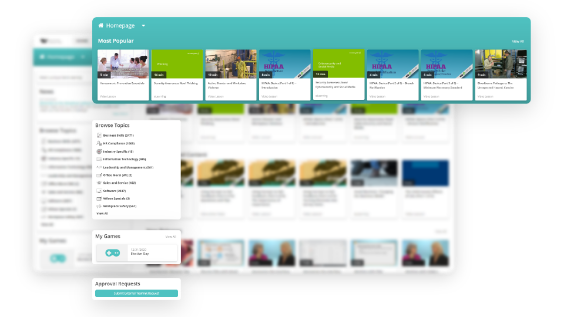 Learn how
BizLibrary’s online
learning solutions can
transform training in
your organization.