How to Prepare Your Team for Organizational Change 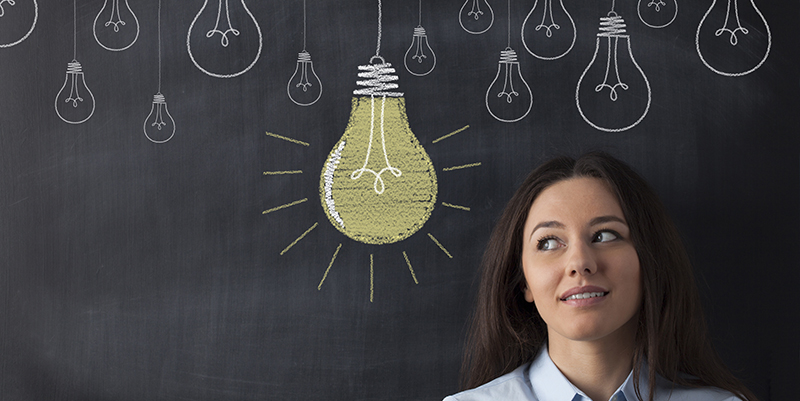 Preparing for organizational change can be complicated, especially in the context of a large company. The markets are always in flux, and when a new technology or system rolls around…

Today, professionals within the organizational change industry are revamping their systems to better prepare their organizations. Mara is an example of this professional.

Mara began her career in a call center, but with a college background in education, she was soon moved into a training role for new hires.

The company was completely changing their record-keeping platform at the time. The platform was spread out across the entire company, and no department was left unaffected by the change. Mara was placed as one of the employees to help lead this effort.

She worked with departments across the company and learned how employees adapted to new tasks in a tech-dependent environment. After this task, she began a new project: outsourcing the call center to India over a period of 4 years. She was exposed to new cultures and new methods of communication. Eventually, Mara moved on to work for another financial firm where she managed a team of hiring professionals and created training materials.

From her past work, Mara picked up two critical skills for anyone looking to understand organizational change.

First was the ability to adapt: how do we alter our current methods to fit new systems? Second was the ability to foresee change – she learned how to anticipate: where are things going? Is it realistic to expect they will continue to go in this direction? Will the organization’s current system be under threat soon?

Are you preparing your team for a merger or acquisition? Listen to this podcast episode to see how your training program can improve the transition: 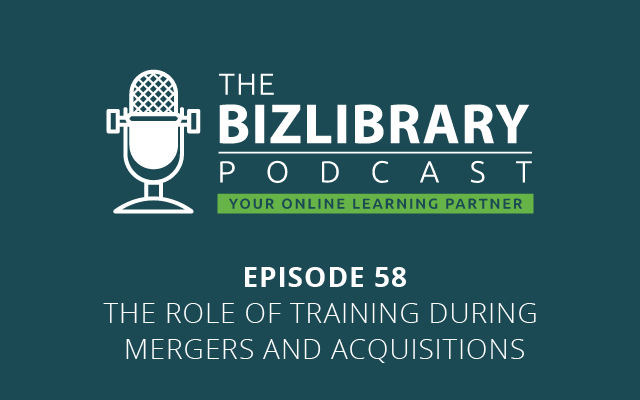 Mara’s current job is at a large, multinational company. Her initial foray into the company started with a 3-month onboarding process. During this time, she was sent on a trip to help her understand her own role in the company. Not only that, but she also discovered what the company needed: performance improvement initiatives. She noticed that training revolved around products instead of performance. Deeper questions weren’t being addressed, such as:

This particular organization functioned in an incredibly dynamic industry. New products were a constant reality. Change was always happening. Mara started to think: when we introduce new products and new initiatives, people talk about change, but there isn’t an actual change strategy in place.

That’s when the lightbulb went off.

She decided to utilize a program she’d heard about at a networking event, Creating a Mindset for Change by GWTNext. The program was centered around driving organizational change at a psychological level for management and employees alike. It was perfectly designed for her situation, so she decided to give it a shot.

She pitched the program to senior leadership, but instead of being ecstatic like she hoped, the higher-ups felt cautious. She received responses like, “We have a lot going on right now,” “This isn’t the time,” and “Why now? Why this?’”

Of course, Mara acknowledged the fact that the company was entrenched in their own operations, but she made the case that the program was essential. The company needed some sort of push to enable and help their employees change their mindset. With a new mindset, employees could be prepared for change that was occurring now and change that was set to occur in the next 5-10 years.

To sweeten the pitch, she made an offer: “Let’s just try it out on our customer support group, she said. “It’s low risk, low cost, and there’s lots of room for feedback to gauge how it’s working out.”

Leadership finally agreed and gave her permission to test the program as a pilot with the customer service department. Mara got to work immediately.

After beginning the program, she started to notice employees discussing concepts from it in the break room. Managerial staff mentioned how the program positively affected both their professional and personal life. Communication increased drastically between members of the sales department and their managerial staff.

So what good was coming from this? Simply put, people were finally thinking differently.

Features of the of program were specifically designed to bring employees and leadership out of their ideological ruts. Think of it this way: the staff were essentially going through the motions. Autopilot, if you will. But the program, in a sense, woke them up and allowed for them to think about their positional duties in an entirely new way. This is crucial because it is here where innovation begins.

Communication in the department vastly improved and team meetings became regular, which were often canceled in the past, due to everyone lost in a cloud of their own self-imposed busyness. Today, teams are becoming more cohesive, questions are being asked more often, and new ideas are taking hold at a much greater pace than before.

Utilizing a program focused on an individual’s mindset changed everything for Mara. She realized that the very concept of change wasn’t approached correctly in the past. There was always a great deal of talk regarding change, but it was exactly that: talk. Nothing ever took off or took hold like she wanted it to. 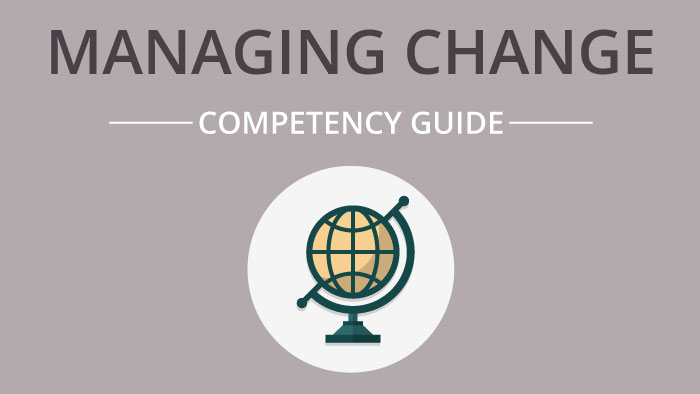 Organizational change is complex and tough to implement. This complexity leads to a number of reasons as to why it’s so difficult to push for change management in the workplace. For some organizations, getting change projects off the ground is a challenge in itself. For others, their focus is simply off the mark.

Change management tends to address systems, processes and procedures. And while these are very important, it’s missing the most critical element: people.

Consider this: how do we expect our organizations and teams to change if the leaders and people in them don’t? Mara identified this line of thinking and made it a priority in her change management strategy with people, whether that was the customer support reps, managers or senior leadership.

And she was right to focus on people along with process. Let’s look at two important data points here:

It’s clear that people are at the root of change work being effective or not. If employees feel that there is a lack of focus, and CEOs themselves fail to have faith in their organization’s agility, then how can change management be implemented or even understood?

If there is a program in place, change management can focus on people, systems and processes. Mara saw this herself when her program was being piloted.

Equipping people with the right skills, laying out the right incentives, and creating the right action plan are all paramount to driving effective and lasting change. To implement a solid change management strategy, an elective program and platform is crucial. But if you don’t start with the people themselves, then change will never stick.

If your organization is in the middle of a difficult situation or even a crisis, communicating well under pressure can make all the difference. Learn how to lead your company through some of the toughest situations with the expert advice in this free ebook: 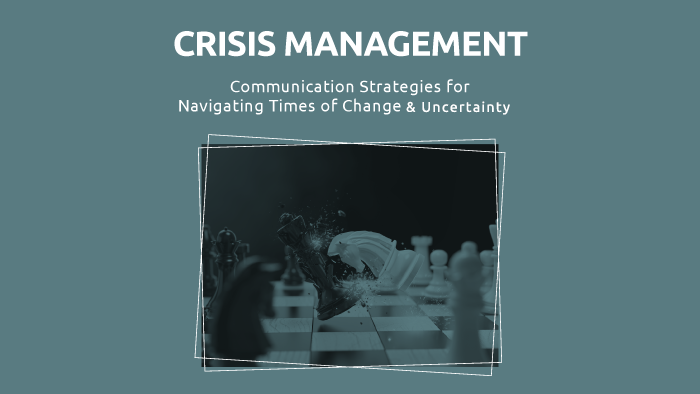 Laura Goodrich is an internationally recognized expert in change and the future of work. She has spent twenty years as an innovator, speaker, coach, and adviser. Her global perspectives on workplace dynamics and change have earned her the reputation as someone who can create positive outcomes in even the most challenging workplace dynamics. 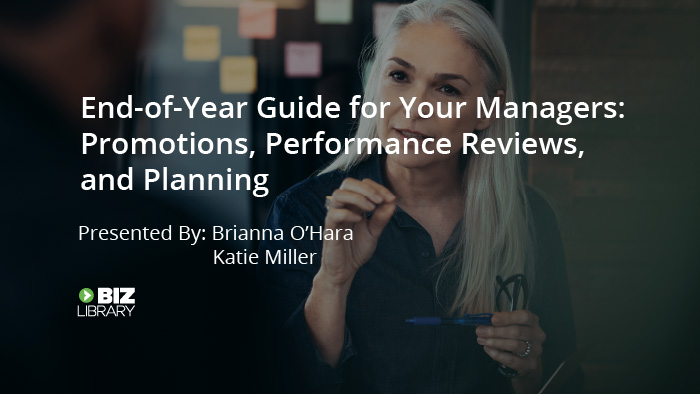 End-of-Year Guide for Your Managers: Promotions, Performance Reviews, and Planning 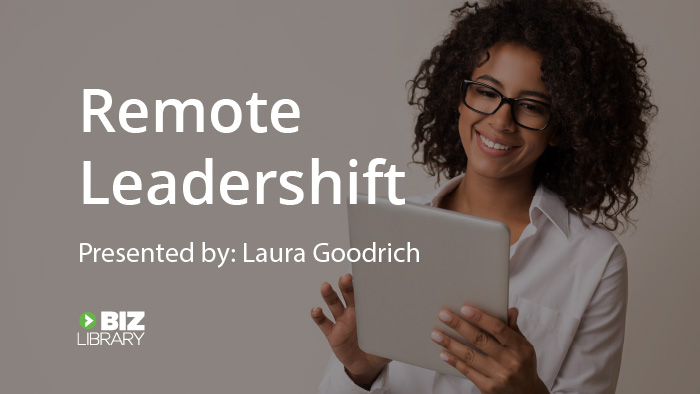 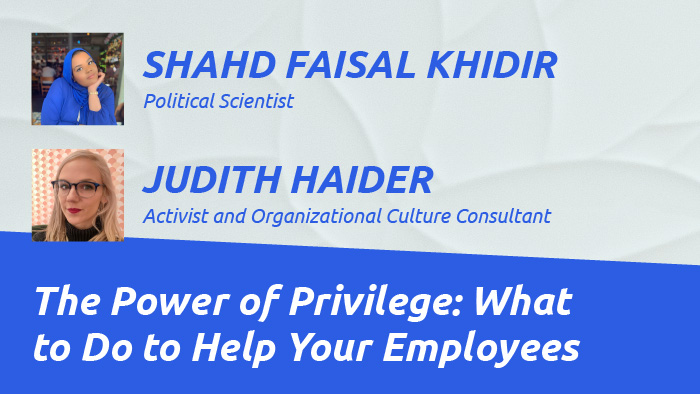 The Power of Privilege: What to Do to Help Your Employees 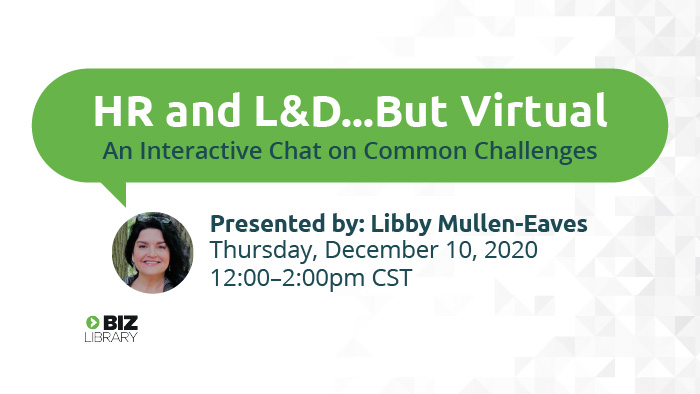